THE BEGINNING OF THE END OF THE OIL AGE 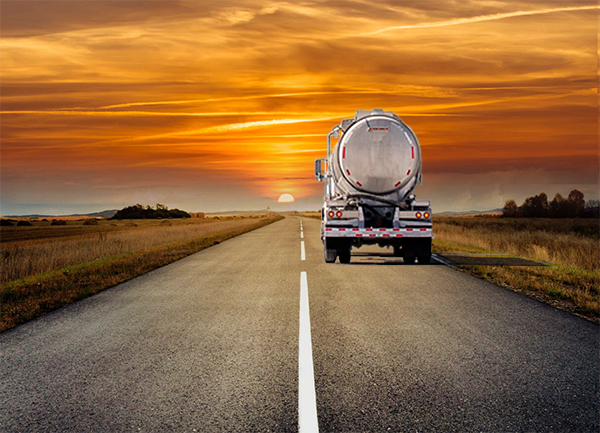 Amid the tragedy of the COVID-19 pandemic, some see signs of hope for the future in the clear skies and quiet streets that have resulted from lockdowns around the world. History tells us that major crises have a way of accelerating changes that were already underway. Could it be that we’re witnessing the beginning of the end of the Oil Age?

WILL THE COVID-19 CRISIS BRING ABOUT THE DAWN OF THE CLEAN AIR AGE?

Margo Oge, a former EPA official, and the author of a fine book about auto emissions standards, writes in a recent article that “the fossil fuel industry is a dinosaur, and it may go extinct sooner than we thought.”

“the fossil fuel industry is a dinosaur ..."

Writing in Forbes, she marvels at how quickly air pollution has receded: “In roughly three weeks from March 16th, when California instituted its lockdown, Los Angeles’s air quality improved by 20%. Individual metrics are even more impressive. PM 2.5* dropped by 40% over the same time. Good news, considering research showing a 15% higher mortality rate from COVID-19 in areas with dirty air.”

* PM 2.5 is the microscopic particles that result from burning fossil fuels and contribute to premature death, cardiovascular, and respiratory problems

Individuals and companies have been forced to find ways to do things remotely, instead of traveling. This has resulted in a lot less fossil fuel usage, and it’s likely that at least part of the reduction will continue once the economy settles into a new normal.

Global air traffic has plummeted as businesses have increased the use of telecommuting and video conferencing. A permanent reduction in air travel would be good news for the environment, as aircraft emissions are one of the fastest growing sources of emissions. Schools are using distance learning, some doctor visits are being conducted over the air, and grocery delivery has shifted into high gear. All this means fewer cars on the road, which means not only fewer greenhouse gas emissions, but less local air pollution.

Not everyone is happy about the changes. “All these wins for Mother Nature are big losses for the oil and gas industry,” writes Oge. Unsurprisingly, Big Oil, Big Auto and Big Airlines are all lobbying for Big Bailouts from governments, and in the US at least, they’re likely to get most of what they’re asking for with few strings attached. The current US administration has already used the crisis as an excuse for a wholesale rollback of environmental regulations, including the requirement to report climate change-related emissions.

"Unsurprisingly, Big Oil, Big Auto and Big Airlines are all lobbying for Big Bailouts from governments ..."

However, even massive subsidies can’t save a dying industry, and the long-term economic outlook for petroleum is gloomy. The health crisis is only one of the industry’s current woes. Even as demand has dropped, the global supply has become a glut. Furthermore, many US oil producers are deeply in dept. All indicators point to a wave of bankruptcies and consolidations over the next few years. Over the longer term, the spread of renewable energy and electric vehicles will gradually reduce demand for fossil fuels. Even industry insiders are beginning to concede that the glory days are in the past.

The individuals who make their livings from fossil fuels aren’t the enemy, and they need, and deserve, help making the transition to more future-oriented fields. However, the number of workers affected is lower than many people think. According to Ms. Oge, the clean energy industry, including energy efficiency, renewable energy and electric vehicles, supports about 3.4 million jobs in the US—triple the number that work in the oil and coal industries combined. Over the last five years, "clean energy" has created new jobs 70 percent faster than the economy as a whole.

Of course, the clean energy sector will not escape unscathed from the gathering economic storm. The industry shed 109,000 jobs in March alone, and analysts estimate that up to 15% of the United States' clean energy workforce could lose their gigs in the coming months. As it prepares to hand over billions to the oil industry, would it be too much to ask that US Congress extend existing federal tax credits for EVs and solar energy? Support for green energy has broad public support. According to Oge, 67% of US voters support financial support for renewable energy (and only 49% support an oil and gas bailout). 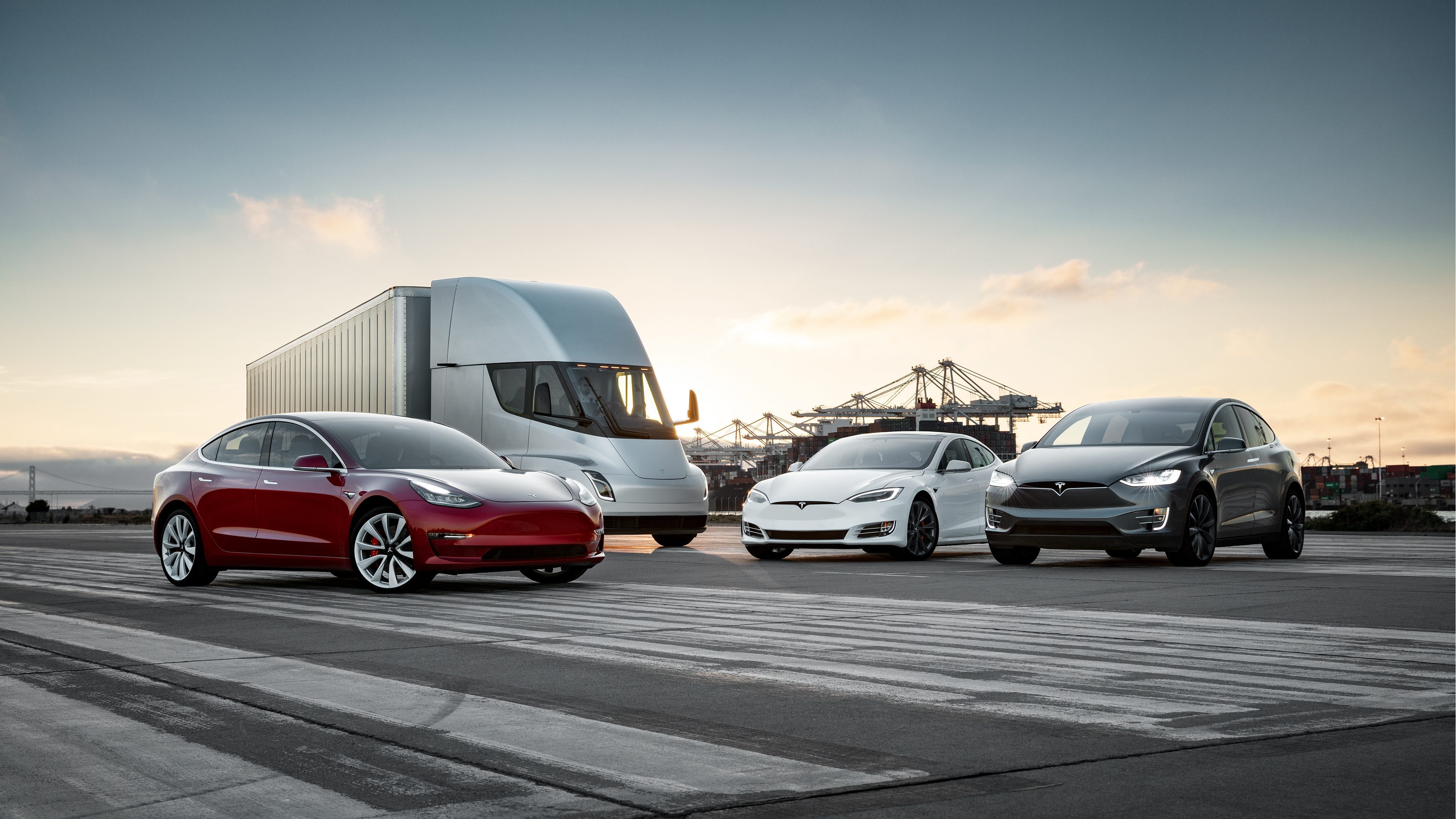 Kingsmill Bond, writing in Carbon Tracker, also believes the COVID-19 crisis could hasten the advent of Peak Oil. He notes that fossil fuels have had “a pretty good run”—200 years of continuous expansion, and unprecedented influence with governments and policymakers around the world.  However, the signs of impending decline were plain to see even before 2020 in the growth of renewables and increasing regulatory pressure to reduce emissions.

In 2018, Carbon Tracker calculated that fossil fuel demand would peak in 2023. The global health crisis quickly made that prediction obsolete, and now it seems likely that demand will never again surpass the peak it reached in 2019. By the time the global economy recovers, renewable energy may be able to meet future growth in energy demand. “Once the peak is passed, the fossil fuel sector as a whole will face an eternal scrappy battle for survival, struggling with overcapacity and stranded assets, with low returns and high risks,” Bond writes.

As does Ms. Oge, Mr. Bond acknowledges that the short-term impact on the renewable sector will be severe, but notes that “there is a world of difference between the challenge faced by a huge low-growth incumbent and a nimble high-growth challenger.” He sees no reason that the crisis should end the advance of renewables, which is driven by falling prices and superior economics, and draws an analogy with the internet sector, which suffered a major collapse in 2000. “Stock prices fell, many companies went bust, but innovation kept happening. Costs kept falling, quality kept rising, and the technology rose to dominance.”

What role will governments play? Sadly, in countries where fossil fuel interests enjoy major influence in government (that would be the US), they will use the crisis to roll back environmental standards, reduce their taxes even further, and transfer high-cost, low-producing assets to the taxpayers.

However, looking at the planet as a whole, there are reasons for optimism. Bond points out that 80% of the world’s population lives in countries that import fossil fuels, and they will see no benefit from bailing out the faltering fossil fuel economy.  Furthermore, the collapse in oil prices will not be enough to revive demand in the long term.  Renewables get cheaper every year, but the fixed costs of extracting, transporting and delivering fossil fuels do not.

"... countries that import fossil fuels, will see no benefit from bailing out the faltering fossil fuel economy."

It remains to be seen how the growth of the EV market will be affected by the health crisis and the resulting economic turmoil, but Katie Fehrenbacher, writing in GreenBiz, presents another reason for optimism. While most media stories about EVs focus on passenger cars, commercial fleets are poised for a massive wave of electrification, driven not by fashion but by irresistible economics. “While consumers might be less eager to buy cars in a recession, many fleets are already moving toward low-carbon and electric formats to meet mandates or corporate sustainability goals,” Fehrenbacher writes. “Public and private fleet managers need to replace older vehicles, and continue to buy the most efficient and cost-effective vehicles.”

Part of the reason for the growth of green fleets is policy incentives, especially in places like California and Europe. However, innovation, and the economic pressure it creates, is a much stronger motivator (and one that can’t be watered down or rolled back). For many fleets, especially delivery vehicles, transit buses and school buses, EVs are already cheaper to operate than legacy diesels. One indicator of the continuing strength of this trend: investors are still funding startups in the EV fleet space. For example, Amply Power, a company that offers Charging-as-a-Service to fleet operators, just closed on a $13.2 million Series A funding round. Amply CEO Vic Shao told Fehrenbacher that, while consumer demand for EVs may slip this year, “the same is not true for fleets.”